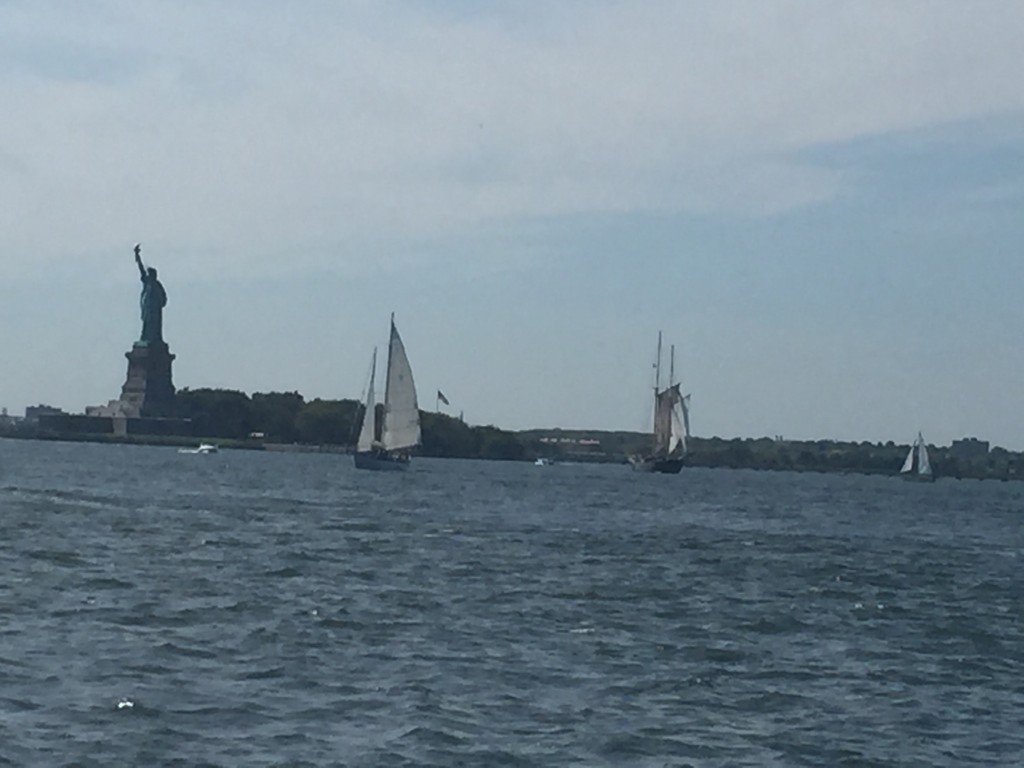 View of the Statue of Liberty from Governors Island.

Have you all noticed the phenomenon of not partaking in your city’s tourist attractions until friends and family come to visit? We tend to put off seeing the museums and the monuments and the attractions for when we are entertaining others. This is so true in New York City. I bet I could stop virtually anyone on the neighborhood streets of New York and find out they had not been to the Statue of Liberty or the Empire State Building or the Met or a Broadway show or any other of the magnificent spots in New York City.

Life kind of gets in the way, doesn’t it? Tourists go to those places because, well . . . they’re on vacation. Duh. When you’re working, schlepping kids, cooking, mowing the lawn, doing the laundry, and living your life, you haven’t the time to sightsee. Plus, it’s pretty darn easy to procrastinate because you know those attractions aren’t going anywhere. They’ll be there when you’ve got more time. But when will you have more time?

I believe this happens in smaller ways as well. It’s not just about big attractions. How many of us always go to the same hang out or restaurant? Sure, some of that is comfort. Familiarity is comforting. And hey, I also believe in forming bonds with your neighbors and making connections in your neighborhood. Who doesn’t want their own “Cheers”? It’s a great feeling to walk into an establishment where “everybody knows your name”.

But lately I’ve been forcing myself, and dragging my friends with me, to places outside our norm, away from the everyday, out of our rut. And. It. Is. Awesome! 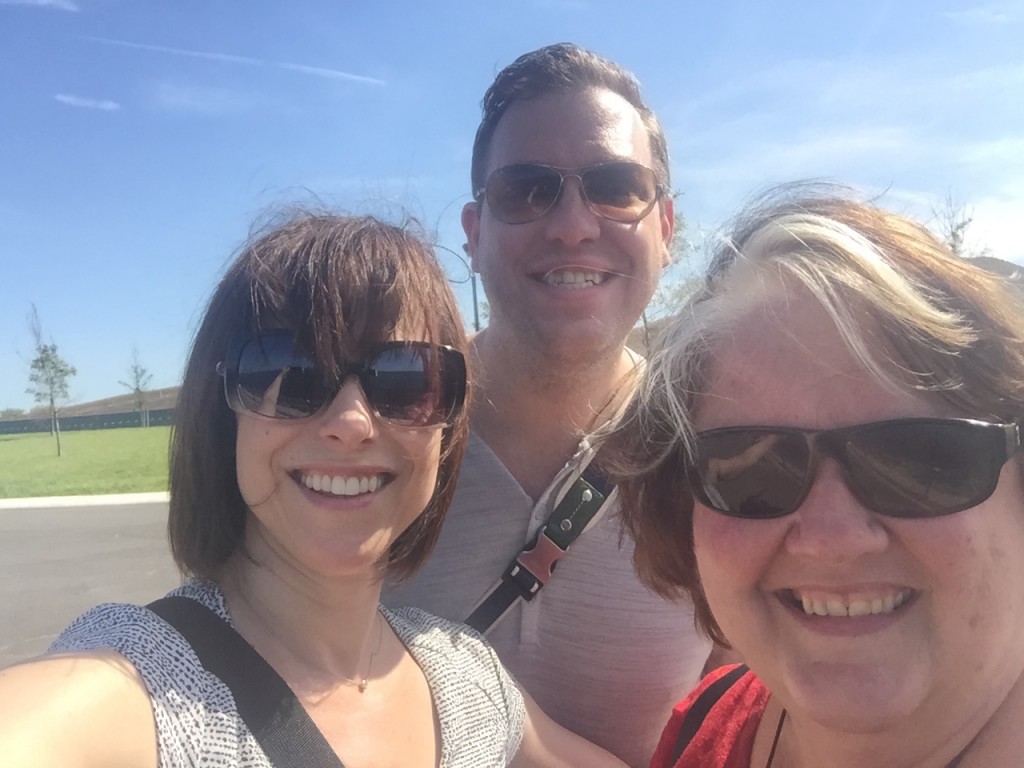 I mean, come on . . . I live in New York City for goodness sake! The world is my oyster. Why would I limit myself to a 20 block radius on the upper west side?! So, I made a decision to push this homebody out of her comfort zone and take NYC by the you-know-what.

Not only do I plan things outside my norm, I find myself saying yes to things that come my way. In fact, I’m saying “yes” a lot more lately. Even if my inclination is to settle for quiet, I actively set myself up for noise. My sister recently gave me a quick ring to let me know she’d be coming up to NYC to catch a Vintage Trouble concert. She was asking if I wanted her to nab me a ticket too. My knee jerk reaction was to say no. I mean, I don’t even know their music, but then I remembered . . . I’m saying yes to things now, by golly. I have no idea what/who Vintage Trouble is, but I shouted out a resounding yes. So, that’s on my calendar now. And it is most definitely more than 20 blocks away from home.

I’ve gone to Governor’s Island (which I didn’t even know existed, hellur), I’ve shopped in a super cool artist flea market in Brooklyn, danced salsa at an authentic Latino karaoke spot in Alphabet City, I’ve had drinks shaken for me at a beatnik mixology bar in the east village, I’ve ridden a surrey (no fringe on top, but still), and I had some the greatest Greek food I’ve ever put in my mouth at a little taverna in the west village. And honestly, countless other things.

What a wild ride it’s been this summer! And I have no plans of stopping this newly adopted approach. I think age and contentment have taken their toll. It’s time to shake things up. Can I get a woohoo?!

I invite you to take a bite out of your city’s apple. Pick a random afternoon and check out a museum or park you’ve never been too. Or google the donut shop in your area and go, even if it’s 40 minutes away. Or finally go see a show at that local community theater you always drive by. Stop for ice cream on your way home. Sit and eat it there. Or better yet, take the cone and walk around the area and see what other trouble you can get yourself into.