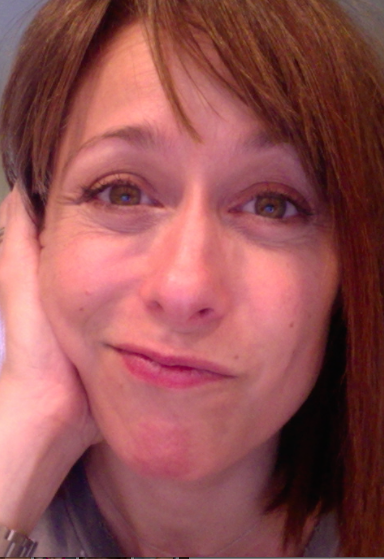 I may have done a dumb thing. No, not dumb. Just something I regret.

It was a silly thing. I got eyelash extensions. Innocent enough. I’m not someone who really needs them. I have long lovely lashes naturally. Just a few coats of mascara works for me. But I wanted to be free of that for a while. I’m in dance class so much and always sweating, so I wear waterproof mascara virtually everyday. I have a friend who got eyelash extensions and they looked so natural and beautiful on her that I thought it could be a neat thing for me to do for the summer so I didn’t need to wear mascara at all. I wanted a break.

At first it was awesome! It worked like a charm. The gal put only a few in. They looked completely natural, but totally did the trick. I even went without any other makeup like powder or gloss. Nothing. I felt so free. But then I had a red carpet event where I really needed to wear a full face, as it were. I gently applied some mascara to my fake lashes in order to have them blend appropriately with the rest of the makeup I had applied.

Later that night as I was washing my face, even though I did so gingerly, I inevitably tugged in such a way that I pulled on the extensions. Out some came, taking my real lashes with them!!!

So where I once had God-given beautiful lashes, I now have lash lines with gaping holes. 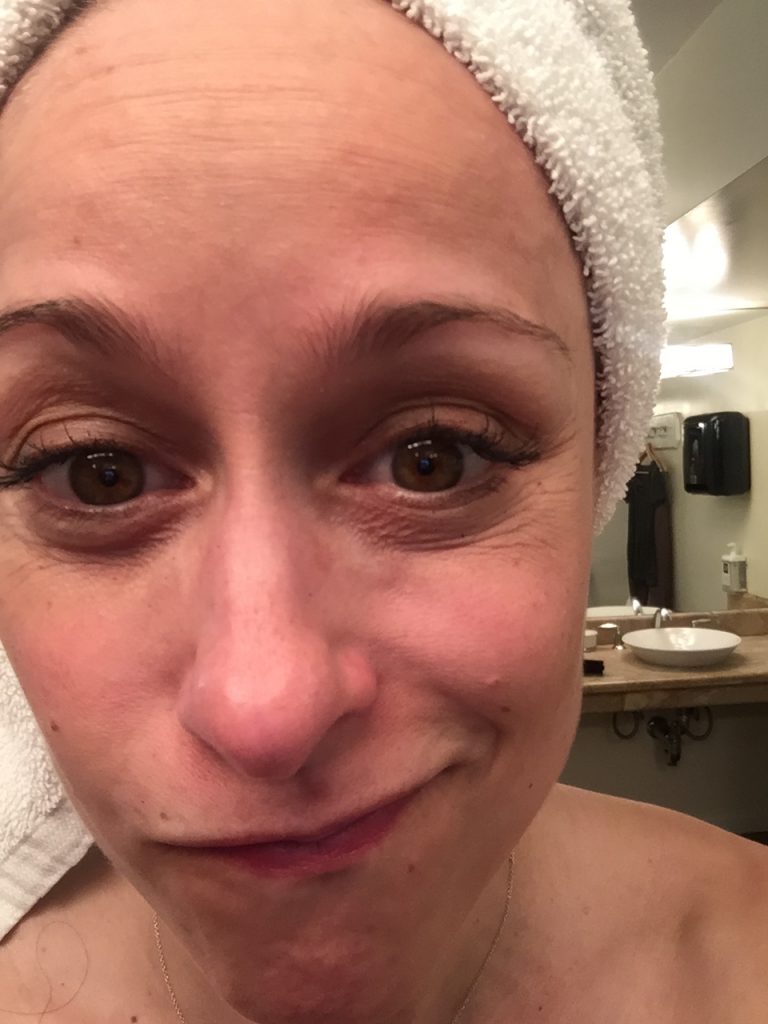 I immediately regretted getting the extensions in the first place. And I was immediately pissed that I wanted to have them to begin with. I started down a shame spiral, throwing a bit of a pity party, cursing the notion that girls put themselves through all this glamour angst at all. I mean, yeah, long lashes are pretty, but why and when did we ever figure that out in the first place? Whoever decided that any adjustment or enhancement needed experiment? Why do women feel the need to look different than they do naturally? Men don’t deal with this crap. If my husband maintains the unruliness of his eyebrows he’s considered quaffed.

We’re not the first culture to generate looks and aesthetic preference using makeup and tools, but why do we do it? And even worse, why do we shame women when they don’t? Why do we encourage women to use a little, dab a little, paint a little. Just a little touch and you’ll look better. We don’t do it to our men. And women are caught in a vicious circle. Everyone is doing it, so everyone does it.

It seems whenever I go above the normal, casual ways to “improve” my appearance it backfires. When I tried Botox . . . OMG!!!! Huge mistake!!! . . . I was curious about the whole “freeze and fill” thing. Would it work? Would I look younger? It entailed getting Botox around the eyes and a filler in the smile lines around my mouth. I will preface the next statement by saying my doctor was extremely gentle and very conservative. But afterward, I looked like a friggin’ bear! I had bruised so badly I looked like a bear. A bear! Sh_t! Not only did I look like a bear, but I knew it would be a dead give away to anyone who saw the pattern of bruising that I had gone in for the treatment. Uuuh, not the outcome I was hoping for. I went into hiding.

I know there are men who get Botox and the like, but the clientele is made up of a preponderance of women. It’s women and girls who feel the pressure to be beautiful and to live up to an imposed standard. It’s women who believe they can beat the clock by changing their appearance. And it’s women who feel the need to false advertise their own bodies.

Maybe it’s the pending prospect of a woman finally ending up in the Oval Office, but my frivolous eyelash debacle got me thinking about what women go through just to be noticed. And how the very things we do to fit in, to be considered beautiful, to be thought of as worthy, are the very things that tie us down, take up our time, and keep us from soaring to greater heights.

Can you imagine a political pundit talking incessantly about a male candidate’s hair and makeup and outfits? Ok, ok, ok. Talk is definitely made over Donald Trump’s hair. That’s true. And there was that haircut nonsense with John Edwards, remember? But usually it does not happen to men, especially in serious businesses. But whatever Senator Clinton wears or presents on her body is up for ridicule and debate. There’s more discussion about her makeup, her haircuts, and her pantsuits than her platform for the country. I’m not talking Republican vs Democrat, not whether you agree or disagree with her policies or anyone else’s. I’m just talking male vs female in a pervasive way in our culture. I guess this has turned into a rant. Oh well, so be it.

#ImWithHer has greater and different meaning to me today. I’m with EVERY her. May we all feel special and beautiful and good enough just the way we are.