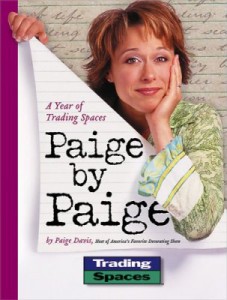 Paige by Paige, A Year of Trading Spaces, spent several weeks at the top of the New York Times Bestseller list. 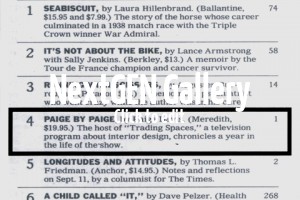